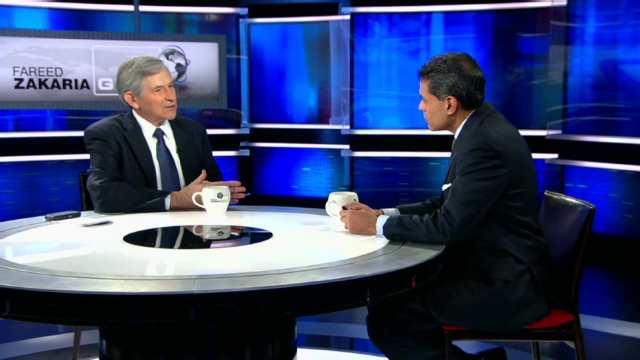 Wolfowitz ‘mystified’ at how Obama administration has handled Libya

HIGHLIGHTS AND VIDEO ARE AFTER THE JUMP

Paul Wolfowitz: ‘I’m mystified at the way the administration has handled this one’

On the banking scandal that triggered financial collapse in Greece

LEWIS: …And the –the anger — the anger about the Wall Street bailouts, I think, is the beginning of the Tea Party.  I mean the — the injustice of people being rewarded for failure and — and supported by the public purse, that was the source of the original outrage.

ZAKARIA: But it went in a libertarian direction…

LEWIS: It did…It — but — but a qualified libertarian direction, because a true libertarian would be outraged that these Wall Street banks are still being subsidized by the government.  And there doesn’t seem to be any move on the right to — to remove those subsidies, not any — any serious one…But — but the politi — our leadership doesn’t have an interest in — a leadership that is intent on still stabilizing the financial system doesn’t have an interest in calling attention to the outrages of the financial system.  So I think they — Wall Street got very lucky.