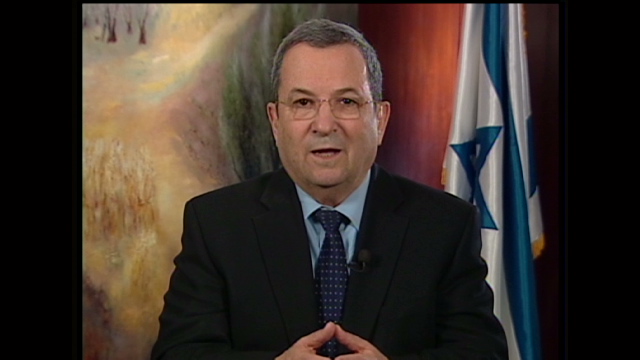 Israeli Defense Minister Ehud Barak spoke with CNN’s Wolf Blitzer today about Iranian warships crossing through the Suez Canal. This interview will air tonight on The Situation Room with Wolf Blitzer 5-7 p.m. ET.  A highlight from the full interview is after the jump. Visit CNN.com for the full transcript.

HIGHLIGHT TRANSCRIPT
THIS IS A RUSH FDCH TRANSCRIPT. THIS COPY MAY NOT BE IN ITS FINAL FORM AND MAY BE UPDATED.

WOLF BLITZER, HOST:  The new military government that’s temporarily taken charge in Egypt, they allowed these two Iranian warships to cross through the Suez Canal.  How worried are you about that?

EHUD BARAK, ISRAELI MINISTER OF DEFENSE: I’m not worried.  You know, your aircraft carriers are moving through the canal, our missile boats and submarines went through the canal.  They don’t have — practically they don’t have any way to avoid the Iranians moving, as long as it’s a frigate and some support vessel with some cadets on it.  It’s a provocation.  I don’t like it but I don’t think that any one of us should be worried by it.

BLITZER:  Do you know what the objective of the Iranian navy is right now in moving those two warships through the canal into the Mediterranean?

BARAK:  You know, they had to plan it before the eruption of the recent events in Egypt so it’s part of a wider scheme.  If they were bringing rockets or weapons or explosives to the Hamas or Hezbollah, we would have probably act against them.  But, they’re just coming with weapons with them, but they’re coming with cadets, navy cadets, to visit a Syrian port.  It’s a way of projecting that power, that self-confidence and certain assertiveness in the region.

You know, we are turbulent area.  But I don’t see a reason to be worried.