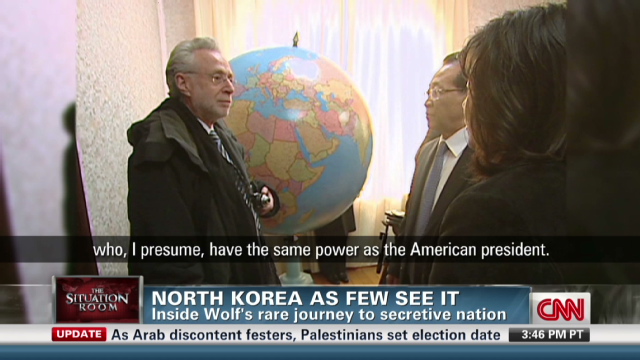 Read the full release after the jump.

This program will take viewers into the communist, totalitarian regime of North Korea with footage from the rarely-seen streets of Pyongyang and inside government meetings. In addition, Blitzer was able to visit Kim II-sung University and capture rare moments with North Koreans.

Blitzer is CNN’s anchor of The Situation Room with Wolf Blitzer which airs every weekday 5-7 p.m. and on Saturday evenings 6-7 p.m.