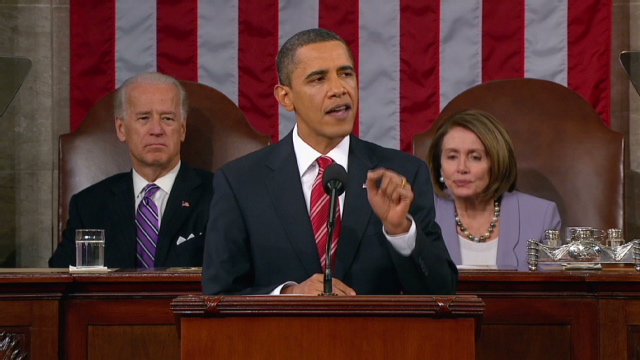 CNN to Broadcast GOP, Tea Party Responses After State of the Union Address

Comprehensive Coverage of the Address and Subsequent Responses Begins at 8 p.m. ET

“The Tea Party has become a major force in American politics and within the Republican Party,” explained Sam Feist, political director and vice president of Washington-based programming. “Hearing the Tea Party’s perspective on the State of the Union is something we believe viewers, no matter their persuasion, will be interested in watching. And so, we are including this perspective as one of many in tonight’s coverage.”

Lead political anchor Wolf Blitzer, joined by Anderson Cooper, Candy Crowley, John King and Piers Morgan will headline the network’s coverage of the president’s address to the nation and the responses that follow beginning at 8 p.m.  Shortly before the 9 p.m. State of the Union address, King will preview the president’s remarks from Capitol Hill, where he will be reporting live throughout the evening.

The network will provide its signature three-dimensional graphics to help explain information and data pertaining to issues the president is expected to raise during his speech. Ali Velshi and Joe Johns will utilize the virtual tool to present comprehensive analysis on the current economic climate, employment rates, impact of health care reform and more.

CNNPolitics.com will offer extensive coverage of the State of the Union address with members of the Best Political Team live-blogging and providing real time analysis on the Political Ticker.  Additionally, the address will be live-streamed on CNN.com/Live , via the CNN App for iPad , and CNN App for iPhone and iPod touch.

CNN Politics.com will also have all of the latest articles, op-eds and analysis leading up to the State of the Union as well as interactive features and photo galleries.  CNN iReport, the network’s user-generated news community, is asking iReporters to watch the speech and share their thoughts.

Please visit CNNPressroom.com for additional information throughout the evening.